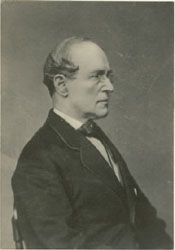 “The history of fruit growing in the State begins with the peach, which was brought in by traders and Government agents among the Indians, long before the coming of white settlers. The well-known Indian peach is a development from early varieties. About the same time the apple was introduced. The home of the great Indian leader, Alexander McGillivray, at Little Tallasee, a few miles above Wetumpka was known as the ‘Apple Grove’.

Records show that nearly all the early pioneers brought peach stones. Many of our white fleshed varieties are traceable to these seedlings. In the beginning all trees came from seedlings, but as early as 1844 budding was actively practiced.

The Cling and Chinese are the earliest known forms. Among varieties known to have originated in the State are Tuskena, the Baldwin, the White July Cling and several others, all by Dr. W. O. Baldwin of Montgomery.

The Carter’s Blue or Lady Fitzpatrick apple originated at Mount Meigs, Montgomery County, and was first exhibited at the State fair held at Montgomery in 1856. The Duckett and Red Warrior apples and the Comak, Green Cluster, Horton and Nabours pears are of Alabama origin, but are now little cultivated.

R. R. Hunley of Harpersville, Talladega County, R. S. Owen of Tuscaloosa, Robert Harwell of Mobile, and C. C. Langdon of Citronelle were early fruit growers and writers on fruit culture in the journals of the day.”

The preceding paragraphs document Alabama’s contribution to fruit tree cultivation and remember some of the men instrumental in saving or creating the fruit. The following is a very brief look at both.

The Indian peach was brought from the Old World to Mexico during the 1500’s, and by a century later it was found grown by Native Americans in the Southeastern U.S. They have been called Cherokee peach and Indian blood peach. The great naturalist, John Bartram, assumed they were native, and William Penn observed wild peaches had spread as far as Philadelphia in 1683. The Indian peaches are rare today, seldom seen in markets.

While most stone fruit are grafted from budwood, the Indian peach can be grown from seed and the seed can be purchased online.

Mr. R. R. Hunley was a resident of Talladega, though that could have referred to the county rather than the town. He seems to have been quite the farmer, reporting on his progress with raising cattle, and several fruits, but is most commonly noted in connection with a Japanese peach. Mr. Hunley was referred to as, “the late R. R. Hunley”, in a Georgia Bulletin in connection with peaches distributed in 1877 and which remained in cultivation (published record 1907).

“General Lee originated with Judge Campbell, Pensacola, Florida from pits brought from Japan in 1860. In 1864 P. J. Berckmans received buds from R. R. Hunley of Alabama and in 1867 introduced the sort under the name General Lee. The American Pomological Society listed this peach in 1889 as General Lee but in 1897 shortened the name to Lee and so it appears in the Society’s catalog at the present time. We prefer the old name since when shortened it loses all significance as a commemorative appellation”.

Richard Ryland Hunley was born in Camden, South Carolina in 1826, died July 7, 1897 in Haynesville, Lowndes Co., AL. Hunley served on committees for the American Pomological Society and can be found as chairman in proceedings for same. He was postmaster for Talladega, 1884-1888 and in 1889, and served as mayor of Talladega. He was a son of Ransom Gayle Hunley and Caroline Matilda Forney [Matilda’s relatives included Peter Forney for whom the Peter Forney Chapter, DAR, Montgomery, AL is named]. He was a student at the University of Alabama, graduating in 1842, with a degree in horticulture. He is buried in Smyrna, Lowndes Co., AL.

Robert Harwell wrote to “The Horticulturist”, on March 15, 1848, noting that the magazine often discussed fruit culture in the North and West, but failed to advise, “Southern folks, who have been used to cultivating little else but corn and cotton”, and who knew little of fruit culture except for the peach. “And even the peach tree is left generally to take its own course, and to live or die, whichever is most convenient.”

He went on, “Many in this section feel anxious to raise the fine kinds of plums, cherries, apricots, and pears, but they fear that the climate will not answer. Plums, apricots, and cherries seem disposed to shed or drop all their blossoms just as the young fruit is forming, without the attack of any insect whatsoever. My apricot trees have just finished dropping their very last blossoms, to my very great disappointment.” He asked for advice on how to prevent the problem, and would probably be saddened to know that apricot culture in South Alabama remains uncertain today, but did note his peaches and apples did pretty well. “I have no doubt but pears will do well, and why plums, apricots, and cherries will not do well, is something that I feel particularly anxious to know”.

Harwell was well known for his efforts in growing fruit trees in Mobile, and early on propagated peach trees by grafting saying he set his grafts in November and December and lost no more than 5 trees out of a hundred [1855].

A Robert Harwell of Mobile County, AL, died in 1868, papers filed in the Probate Court on April 30, 1868. This may have been the Robert Harwell discussed in this article.

“Col. C. C. Langdon, of Citronelle, Ala., one of the most experienced and celebrated of Southern horticulturists, says that he has raised pears there twenty-three years and has never known the trees to blight. The White Doyenne is perfect there—beautiful, luscious, smooth; also Duchess, Bartlett, Buerre Superfine, Seckel, Edmonds and others succeed well. Citronelle is thirty-three miles above Mobile…”. Land there was said to be cheap, “a fine resort for people in impaired health…”. C. C. Langdon founded the newspaper in Citronelle and employed men known from war days.

On Feb. 18, 1889 it was reported that Col. Langdon , Secretary of State, was critically ill at the Exchange Hotel and was not expected to live through the night. He was 80+ years of age, “and long a prominent figure in Southern politics”. He served as President pro tem of the Alabama State Agricultural Society (1858). Charles Carter Langdon (Aug. 5, 1805, Southington, CT – June 8, 1889, Mobile, AL) was the son of Capt. Giles Langdon and Sarah Carter Langdon. He moved to Marion, AL in 1826-27 along with brothers Levi and Giles Nelson Langdon. C. C. ran for a seat in the Legislature in 1832 and 1833, was defeated, and about 1834 moved to Mobile. He ran again in 1838 on the Whig platform, and was defeated. He was editor of the “Mobile Daily Advertiser” in 1838 and was mayor of Mobile in 1849 and several subsequent years. He was a respected nurseryman at Langdon’s Station, near Citronelle, AL considered the largest in the state by 1858. He did eventually represent Mobile in the legislature for several terms, and unsuccessfully ran for governor of Alabama in 1872 and 1878. He was appointed Secretary of State in 1885, and confirmed by election in 1886. Probably due to his great interest in agriculture, he served as a Trustee for the Agricultural and Mechanical College at Auburn – today Auburn University. Langdon Hall is named for him.

The Langdon Nurseries in Mobile said of the Red May apple in 1888, “A native fruit found on most of the old settlements in this section; very hardy and uniformly productive, and hence its value; fruit variable in size from large, medium to small, nearly covered with red on a yellow background; flavor quite acid. Ripens last of May and Early June.”

Not much was found on the Tuskena peach, farmer’s Bulletins did note that there were Tuskena peaches and Tuscan peaches and debated whether or not they were the same peach – dated about 1920’s. In 1910, Alabama Dept. of Agriculture Bulletin noted that Dr. W. E. Baldwin, of Montgomery, had originated or introduced several excellent varieties, “among these are Tuskena, one of the earliest ripening forms of Lemon Cling…”

The Baldwin peach, “raised by Dr. Baldwin, of Montgomery, Ala. And ripening about the first of November, is a very superior fruit, and the finest late free-stone peach yet known. When we once get all these late Southern seedlings…we will have fine peaches, ripening in succession for five months, namely, from the beginning of June to the beginning or middle of November, and this more than hitherto has been met with in any country.

Dr. Baldwin wrote a letter in 1855 concerning a “native” apple called the Red Warrior saying, “The Red Warrior is a good winter apple, very large, red and striped with yellow, sometimes weighing twenty ounces and upwards. This Red Warrior is a native Indian seedling. I first traced its history and gave it its name”.

Accounts say Carter’s Blue apple was growing in Mount Meigs, AL in 1840 but a century or so later was thought to have gone extinct until Lee Calhoun of Pittsboro, North Carolina reintroduced it by grafting scion wood obtained from the National Fruit Trust in Kent, England.

The originator of the Carter’s Blue apple was Colonel John C. Carter, born in 1832 in South Carolina, and died Dec. 5, 1880, age 47 or 48, in Montgomery Co., AL. He is buried in the Carter Family Cemetery in Mount Meigs. He married Margaret Shellman. Carter was a wealthy planter prior to the Civil War, served in the 24th Alabama Consolidated during the Civil War, and returned to farming in Montgomery Co., AL after the war.

The writer went on to discuss Alabama’s fine reputation for fruit growing saying superior apples were grown in every part of the state from Mobile to the Tennessee line. “Very excellent peaches” grew in all parts of the state as well as pears, cherries, and plums.

Anyone who grows fruit in Alabama is indebted to these men who pioneered fruit tree cultivation in the state. The next time you gather fruit from your orchard give them a little nod in recognition of their hard work.

ADDENDUM:
The Langdon Nurseries near Mobile, was advertised as having, “the largest stock and choicest collection of Southern Grown Fruit Trees, Grape Vines, Ornamental Trees, Shrubs, Plants, Etc. ever before offered in the South”. Upon the death of C. C. Langdon, the nurseries, established around 1853 passed into the ownership of his nephew, Daniel W. Langdon.