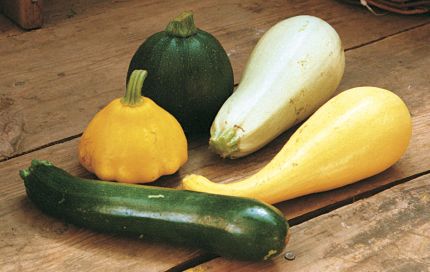 I have been blessed with an abundance of yellow squash this year and yet I hold my breath for fear insects will destroy my vines and my crop along with it.  I have sprayed the base of the plants to control squash bugs and once they were killed I began destroying any eggs I found to prevent a second hatch. 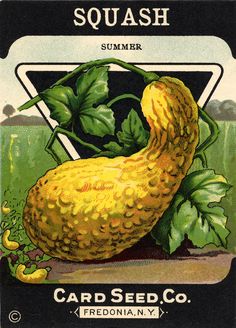 I am harvesting from one row of summer squash, but I have two more rows that should be producing by the time this row has played out.   I haven’t harvested any of the Pennsylvania Crookneck squash yet.  I’ve put several quarts in the freezer from which I will make squash casseroles, soup, and fritters, and since I want to get the most out of the fresh ones while they last, I took a quick peek at squash recipes from days gone by.

Having grown up in the South the first thing I think of is slices breaded in cornmeal and fried nice and golden brown, but for a change I discovered we really like them breaded in Jiffy cornbread mix.  An old method that is still excellent is to dust the slices with salt and pepper, dip them into beaten egg, and then into bread crumbs before frying.  Panko bread crumbs are a welcome change and the slices can be baked in a hot oven until the squash is tender and the crumbs brown for those who want to avoid the oil in frying.  There’s always squash sautéed in butter, with or without onions.

Boil the squash until tender, drain, put into a deep baking dish.  Add the cheese, reserving a little to go on top.  Add salt and pepper, the eggs which were beaten just enough to combine the white and yolk, and the milk.  Sprinkle the remaining cheese on top.  Cover with crushed corn flakes or crackers and dot with butter.  Bake at 325 for 30 minutes or until the top is brown and the mixture firm.

1 ½ cupfuls of half milk and cream

Force squash through a sieve, add the brown sugar, butter, salt, pepper, milk, cream, and egg yolks beaten.  Fold in the beaten egg whites and place in a buttered baking dish.  Bake at 350 until firm and lightly browned.

Mix fine flour with half its bulk of stewed squash or pumpkin, and add milk enough to make a thick batter, about a cup of milk to each cup of squash.  Cook on a griddle.

Pare, boil, and sift a good dry squash.  To one quart of the squash pour on two of boiling milk, and then stir in two cups of sugar, two spoonfuls of salt, one of cinnamon, one grated nutmeg [1/2 to 1 teaspoon], and five well-beaten eggs.  Line deep plates with plain paste, fill with the mixture, and bake one hour in a moderate [350] oven.  The pies look nice to boil a stick of cinnamon in the milk instead of using ground.

For those who find winter squash hard to cut and peel, this may be the recipe for you.

WINTER SQUASH.  The small Hubbard squash is best for baking.  Saw the squash in halves; scrape out the soft part and the seeds.  Put the halves in the oven, and bake about three-quarters of an hour, or until tender.  Serve in the shell.  Help out by spoonfuls.

WINTER SQUASH WITH ROAST MEAT.  Pare, and cut in long slices, about 1 ½ or 2 inches thick.  Cook in a dripping-pan with a roast.  Baste when the meat is basted.  It is nice baked in a pan by itself with meat drippings.

SQUASH CROQUETTES.  Mix a pt [pint] of mashed squash with ½ a cup of bread crumbs, a tablespoon of butter, salt and pepper to season.  Heat thoroughly, shape into croquettes, dip in egg and crumbs and fry in deep fat.

SQUASH SOUP.  To one quart of thoroughly cooked pumpkin or squash allow two quarts of milk, plenty of butter, pepper, and salt.  Serve with toasted bread.  [This soup can be improved upon by topping each bowl with a dollop of sour cream, grated cheese, and/or a bit of crumbled cooked bacon].

Blissful Meals, yall.  Enjoy those bumper crops while you can for soon we’ll be emptying those Mason jars and dipping into our freezer stash.  – Thehistoricfoodie©, aka, Vickie Brady.